Skip to Main Content
It looks like you're using Internet Explorer 11 or older. This website works best with modern browsers such as the latest versions of Chrome, Firefox, Safari, and Edge. If you continue with this browser, you may see unexpected results.

An introduction to MLA style for academic papers, based on the MLA Handbook, 8th Edition.

MLA Style is the format used by the Modern Language Association. Most papers written for classes in the arts and humanities use MLA style; instructors in other disciplines may also prefer MLA format.

A table is a presentation of information in columns and rows. Illustrations are photographs, maps, drawings, graphs, charts, musical notations, etc. Both should: 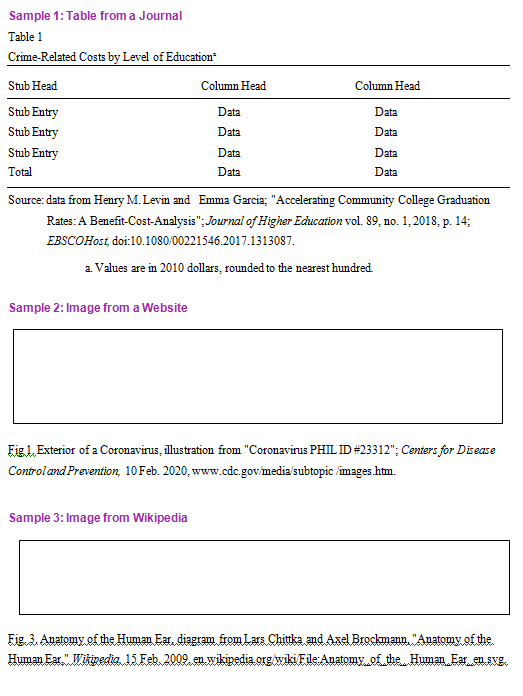