Skip to Main Content
It looks like you're using Internet Explorer 11 or older. This website works best with modern browsers such as the latest versions of Chrome, Firefox, Safari, and Edge. If you continue with this browser, you may see unexpected results.

CMS refers to a research format described in the Chicago Manual of Style. This format is often used for history, philosophy and religion papers; instructors in other disciplines may also prefer CMS format.

Tables present numeric or verbal information in columns and rows. Figures are other images, such as charts, graphs, diagrams, photographs, maps, etc.

Place figure number and caption below the figure, aligned with left margin, as follows:

Exception: For musical scores, the figure number and caption appear above the figure. 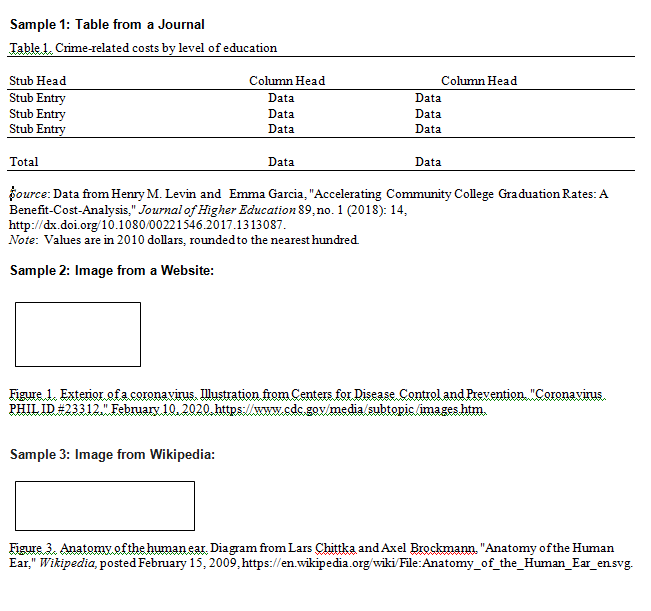